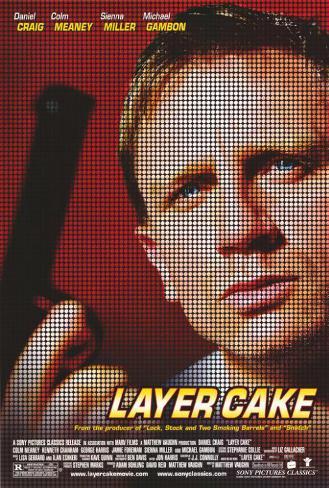 Simon Pegg, Nick Frost and Edgar Wright never fail to make movie magic, and The Worlds End is no exception.

You might recognize this dream team from Shaun of the Dead or Hot Fuzz (both of which will for sure pop up on here eventually).

Before he was stealing our hearts as Benji in the MI franchise or as Scotty aboard the Enterprise, Pegg was making comedy magic with a weird horror vibe with this dream team.

The World’s end is a beautiful story about five friends who fell out of touch after some real life turmoil.  Gary King (Pegg) wants to get the group together to take another attempt at their legendary pub crawl in the guys’ hometown.  After lots of begging, they agree, and set upon their mission to have a pint at The First Post, then on to The Old Familiar, The Famous Cock, The Cross Hands, The Good Companions, The Trusty Servant, The Two-Headed Dog, The Mermaid, The Beehive, The King’s Head, and The Hole in the Wall for a measure of the same, all before the last bittersweet pint in that most fateful terminus, The World’s End.

Along the way, they notice that their town has changed in a way they can’t quite put their finger on.  People seem ageless, strange, and… robotic.  The gang tries to solve the mystery, and survive it, but King never allows them to lose focus of making it to that last fateful pub.  Wright’s style really shines here in the doomsday at a pub niche he has created.  (His pint pouring quick cuts are a thing of beauty).

A hilarious romp about drunken friends that is more gifable than anything you’ve ever seen, non stop laughs, and a strange end of the world sub plot you don’t plan for, but on top of that, a really heart warming story about growing up, the troubles with our pasts, addictions, loss, and friendship.

I love this flick more than words, and could listen to Pegg fumble his way through the names of pubs non stop. And if you’re wondering, yes, he falls trying to climb a fence.

Great if you liked: Hot Fuzz, Shaun of the Dead, This is the End, Zombieland

If you’ve heard me say “bruv” (and if you know me, you have), Attack the Block is the flick that got me saying it. This British sci fi follows a street gang in Brixton that stumbles across and kills an alien creature that pops out from a meteorite. Preparing for fame, they scoop up their creature to bring to “Hi-Hatz,” their weed dealer in their building. Things go “awry” when more meteorites land, dropping black, hairy, scary aliens that terrorize their surroundings.

John Boyega kills it in his feature debut as Moses, the gang’s leader. It’s a fun picture of British street gang life, and an unbelievable version of the “we’re under attack, what do we do?” trope.

This flick is so much fun and has a very cool “trapped in a tenement” sort of vibe with varying types of “rooms” that we liked in flicks like Snowpiercer (never heard of it? It’s coming up) and the book World War Z.

This is a great film if you liked: Kingsman: The Secret Service, any zombie movie, The Raid, Dredd3D